So, every year I attempt some form of creative teaching enterprise at the kids’ school, and some years go better than others. This year, in a school I really like, I think things went well. I was asked to do a “veterinary science station” for the annual Science Fair, and I thought back to what I was excited about when I was a kid: Playing with guts! And I thought to myself, I bet I could create a dog version of this anatomical model. So I went to Joann’s, bought a bunch of random attachments and fabric bits, and commandeered one of my daughter’s stuffed animals to volunteer to be my surgical model.

Step one: preparing the abdominal cavity I chose a mottled red fabric for the interior of the dog, and sewed a pouch to contain the abdominal organs. After cutting open a midline incision, I removed a bit of stuffing then sewed in a zipper. (Do this before sewing the pouch in, or you’ll end up with the zipper seam showing.) Then you can sew the top ends of the pouch to the edges of your incision and voila!

You can go kind of crazy with this stuff, but I tried to hold myself back to the main parts (no spleen, pancreas, etc). All of the organs were secured to the abdominal wall with Velcro so they would remain in the right place but they could be removed if the kids really wanted to see what was in there. I tried to keep the organs moderately accurate, but I was limited by my own sewing experience and what I had on hand, which is how I wound up with lavender sparkly kidneys and a two-lobed liver. For the bladder we filled a white balloon with rice. The kids don’t care too much about accuracy. The intestines were a long tube of velour that I sewed and then had to turn inside-out. I didn’t think that one through ahead of time. I debated leaving it a giant intussusception but I eventually got it figured out with actual surgical tools. Next time, forget it.

In the interest of simplicity, the loop represented both the large and small intestine. I had some nubby yarn that I really, really wanted to throw in there as omentum but I held myself back.

The stomach needed to be fairly correct as a gastrotomy was going to be one of the two surgeries the kids could do. It’s a fleecy material with the nubby side on the inside (rugae! yaay!). I ended up using ribbon “stitches” sewn into the sides of the incision, which was a smart choice once the fifth graders started yanking on them full-force. For the uterus, I sewed two red socks together at the toe (worked like a charm!) and bought a handful of small puppy toys. The ovaries were little white yarn pom-poms. I sewed a snap into the tip of both socks to keep the “uterus” closed. I also put in a piece of stretchy rubber ribbon on both sides of the abdomen that the uterus held to with velcro but that was overkill with these kids so I didn’t use it. Feel free to use it for the vet student in your life, though- they’ll have to get used to wrestling with that thing.

By the time everything got stuffed in there it was actually a shockingly decent approximation for the surgical experience- you look in and think, what the heck am I looking at? So I made a legend as well.

With all of that in hand, as well as a bunch of gloves and masks we didn’t end up using, we headed off to the science fair.

We had a lot of competition at the science fair. Computer programming, dry ice, slime, rockets, frogs. Since the kids didn’t know they were going to be doing surgery until they came up and asked what was going on, they all freaked out a little and then said, let’s do it! I used some of the radiographs readers shared with me. The pregnancy one was a big hit! A small cardboard tube served as a trachea and the kids intubated with a See’s candy stick. An old pillowcase with a rectangle cutout in the middle served as a surgical drape. For the case where the dog was vomiting, we used our legend to try and determine what we were looking for (something big and pink.) The kids got to pull out the assortment of items our patient ingested: a ball, a sock, a rock, and to see how they would lodge in the pylorus as there was no way they’d fit into the intestines. I could easily have had two dogs going, but as I had to re-stuff the dog after every surgery I had my assistant prepare the surgery table while the next group waited. Unsurprisingly, the c-section was a big crowd pleaser. We had only one person run off in horror when they figured out what was going on, and it was a dad. I wrapped the puppies in saran wrap “membranes”. For the little kids who weren’t quite up to delivering a puppy, the bigger kids could hand them a puppy to wrap in a towel, remove the membrane, and stimulate them to breathe (you see one in the lower left corner). Worked like a charm. Even the moms learned something, as in, “dang, that’s a big uterus.” Yes, it is.

The kids were all very concerned after to make sure the dog was closed and “woken up” after surgery was completed, all except the older boys who wanted to pull all the organs out and play with them. There’s something for everyone here at the clinic.

And the best part of the night were the kids who realized there were two surgeries and came back for more. Mission Minion recruitment accomplished!

It’s in the genes!! Dallas is a third generation racing musher who grew up helping his dad, Mitch, and granddad, Dan, train and race dogs. By all accounts Dallas seems like one of the good guys but he has become the New England Patriots of sled dog racing. He was the youngest racer at 18 to run the Iditarod and at 27 he has his second consecutive win and his third win in four years….
The Poodle (and Dog) Blog

How to Help Moses the Boxer, Found Starving and Traumatized

Warning: This is a really disturbing story, with pictures to match. If you’re not up to reading about animal neglect and suffering, this might be the time to click away.

Last Thursday, Ruff Love Rescue, a volunteer organization in North Carolina, reported that a white Boxer they named Moses had been found on a nearby country road and brought into the local Blue Flint Animal Hospital. When he was found, Moses weighed 30 pounds and looked almost skeletal. That first day, his chances of survival were estimated at 30 percent. Ruff Love Rescue wrote:

Blood work was done, and his platelets are at 20 percent. He needs a blood transfusion, but Dr. Hampton is worried that could put him into shock and kill him as sick as he is. He has been attacked, and has wounds all over him. He has zero body fat, and muscle has been eaten away. He is full of parasites and heartworm positive. If he survives tonight, it will be a miracle.

Thanks to some good luck and veterinary care, Moses did survive, and as of the most recent report, he's still alive. Yesterday, Ruff Love reported that he had gained three pounds and was beginning to stand on his own.

"We also are now beginning to see the emotional trauma he has been through," they wrote. "He cries when touched, crouches down, and seems to expect harm. He has wounds and pressure sores all over his body."

Today, more good news came: Moses is actually walking and eating, although still suffering from violent diarrhea, the result of having eaten meat from a rotting deer carcass lying in the road where he was found.

Of course, Moses's survival and recovery isn't a miracle; it's the result of good medical care, and that costs money. Ruff Love is already facing a lot of financial and emotional stress, and it has been reaching out for donations to pay for Moses' care. His first week alone cost over $ 1,000, and there's certainly more to come. At the same time that Moses was recuperating, Ruff Love also sponsored a $ 1,600 surgery on a broken leg for a dog named Jess, who the vet thought had been struck by a baseball bat. They also helped a third dog, Lenny, through a case of parvo and gave him through a new foster home.

It seems that Ruff Love has been doing a lot of good work with little money. According to their Facebook page, both Moses and Jess still have outstanding vet bills for the care given so far. If you want to help either of these dogs out or just support Ruff Love's work in general, you can donate at its website.

The Scoop | The Scoop

No surprise: Global warming speeds up tick season
FRISCO — Disease-carrying ticks in the northeastern U.S. are moving up in elevation and farther north, raising concerns about the spread of Lyme disease and other pathogens, according to a comprehensive field study on how environmental conditions …
Read more on Summit County Citizens Voice

Man Pretending to Be Pest Control Worker Helps Burglarize 2 Homes
Two San Diego homes were burglarized Monday as their owners were distracted by a man claiming to be a city pest control worker. The victims say a man wearing a blue shirt with a city of San Diego emblem and the name “Bill” on it knocked on their doors …
Read more on NBC 7 San Diego

Eighth International IPM Symposium Recipients Announced
This roadmap provides direction for practitioners who specialize in IPM for research, implementation of new technology and measurement of success in management of all types of pests, including agricultural, structural, ornamental, forest and public …
Read more on PCT Magazine

Man Pretending to Be Pest Control Worker Helps Burglarize 2 Homes
Two San Diego homes were burglarized Monday as their owners were distracted by a man claiming to be a city pest control worker. The victims say a man wearing a blue shirt with a city of San Diego emblem and the name “Bill” on it knocked on their doors …
Read more on NBC 7 San Diego

Eighth International IPM Symposium Recipients Announced
This roadmap provides direction for practitioners who specialize in IPM for research, implementation of new technology and measurement of success in management of all types of pests, including agricultural, structural, ornamental, forest and public …
Read more on PCT Magazine 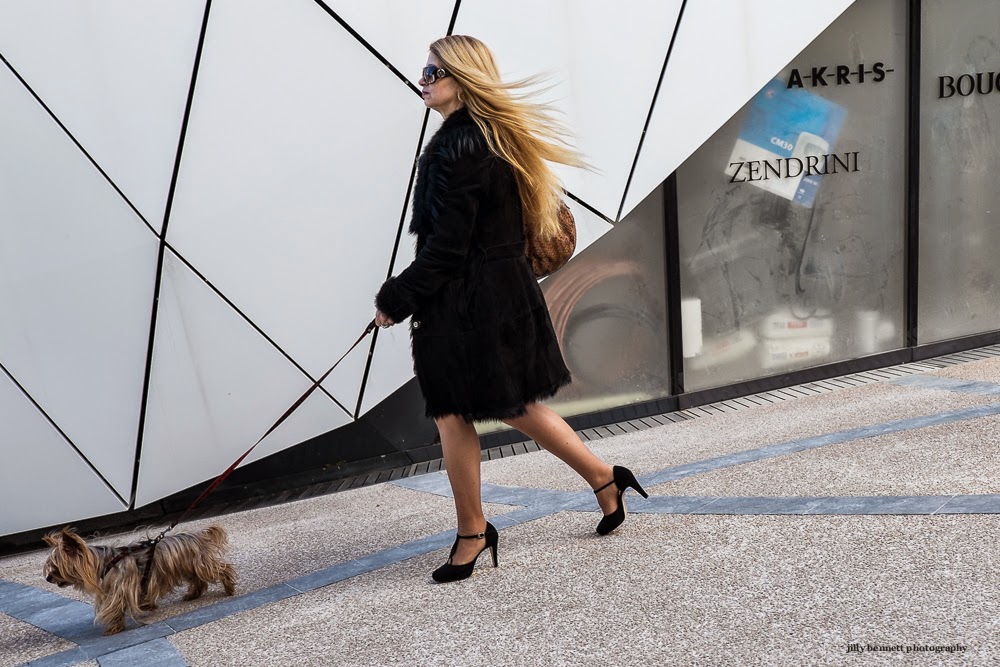 Dog treadmills are truly useful for dogs that don&…

Dog treadmills are truly useful for dogs that don't have enough exercise or can't have exercise outdoors.
BAD RAP Blog