Year in Review: Fashion World to the Rescue 2017

Before we embark on a new year, let’s take a look back at some of the many supermodels, designers, fashion houses and couture-conscious canines who showed the world in 2017 that compassion is… 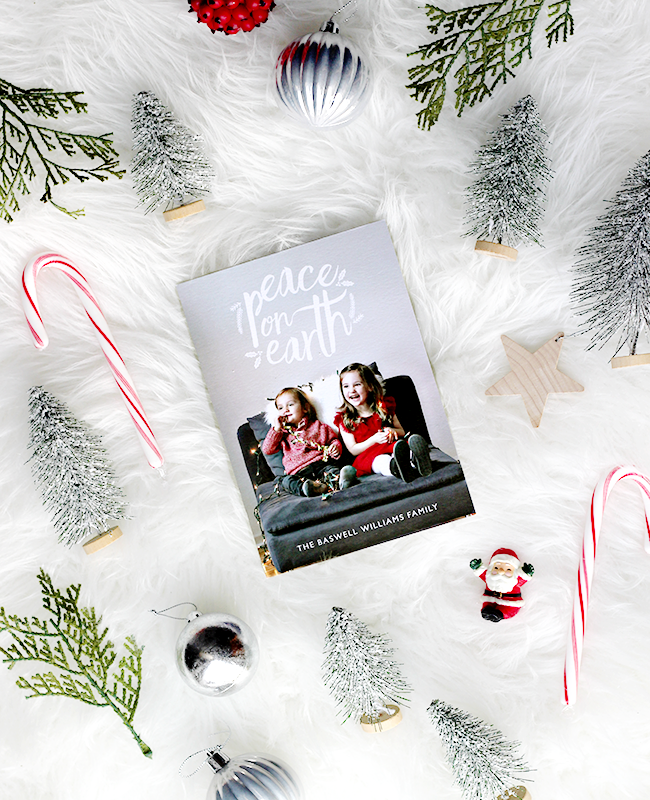 Happy holidays, friends! The past couple of months have admittedly been a blur, filled with a whole lot of extra work hours, house buying stuff (we close the week after next!), and general holiday craziness. Robbie leaves the day after Christmas for the band’s New Year’s run and I haven’t even started wrapping gifts (or packing our house up), which is so ridiculous it’s comical. This is actually the first time ever that I was finished shopping an entire week before Christmas, but aside from that, I’m a hot holiday mess. We also have Essley’s birthday on the 28th, mine on January 1st, and Emmett’s on January 9th. It’s a very busy time around here (as I’m sure it is for you as well!), but as long as we stay heathy this year (because last year we sure didn’t), I’m fine with that. Busy holiday seasons are the best, honestly.

Essley’s excitement level about Christmas day is off the charts. Emmett doesn’t quite get it yet, but he knows that Santa is coming. I have always loved the holiday season, but having these too has made my affinity increase exponentially. I cannot wait to see their faces when they wake up on the 25th.

I will be taking my annual break from the blog to spend time with my family and catch up on non-work things, starting today. I’ll be stopping in next week for a post, but we won’t officially be back until after the New Year. I’m sure I’ll still be active on Instagram (because I’m sure I’d, like, combust if I wasn’t on social media for an entire, like, 10 days), so in the meantime, you can come hang with me over there.

However you celebrate (or don’t celebrate!), and whatever your plans may be, I wish you the happiest of holidays!

P.S.  If you are doing any very last minute shopping for your little ones, we got our kids several wonderful items from this roundup of kids’ holiday gifts that make a difference in the world.

New Year’s Day is just around the corner. If your resolution for 2018 is to be the change you want to see in the world, you’ll find motivation for your mission in every “Making a…

What Should a Dog Eat?

What should a dog eat and how do you know if you’re giving your pet the best diet possible? There are so many different types of diets available for dogs today – dry food, canned food, raw meats, cooked meats, turkey, vegetables, and specialty blends.

The diet that you feed your dog will have an effect on its physical health, …
Dog’sHealth.com Blog

Removing ticks from your dog should be a priority as soon as you notice even one tick appearing on your dog’s skin. Many ticks can carry serious diseases like Lyme’s Disease.

The types of environments where ticks are usually found are places with thick vegetation, in tall grasses, bushes, and heavy brush in the woods where ticks have a lot …
Dog’sHealth.com Blog

Reeves’s muntjac is native to China and Taiwan. It is not native any place in Europe, but one of the places where it has been introduced is England. The epicenter of their population in that country is Bedfordshire, where this hunt takes place.  The Dukes of Bedford were into promoting deer on their estate, Woburn Abbey, and they were instrumental in saving the Pere David’s deer from extinction. One suggestion is that the muntjac in England derived from Reeves’s muntjac that escaped Woburn Abbey, but they also could have derived from escapees from the Whipsnade Zoo.

Whatever their origin, Reeves’s muntjac have established themselves a long way from their native territory, and they do quite a bit of damage to trees.

And what usually happens is that people are encouraged to hunt the invasives, but as you can see from the selective shooting that goes on this video, the species is now being managed as a sort of game species on many estates. This development should be of no surprise, and it should be noted that island of Great Britain has only two native deer species, the red and the roe. The very common fallow deer was introduced by the Romans and then again the Normans from the European continent.

Whatever their treatment as a game or invasive species, this video does provide a nice closeup of the male Reeves’s muntjac as a specimen. Of particular note are the tusks, which they use for fighting and display.  It is mentioned in this clip that they are “musk deer, ” but this is in error.

This error comes from the tusks that both muntjac and musk deer possess, but musk deer are placed in their own family (Moschidae).  True deer are Cervidae, and all the muntjac species are true deer that fall into the Cervinae subfamily (which includes red deer, fallow deer, and North American elk).  However, they are primitive Cervinae.

Musk deer differ in some morphological characters from true deer in that they don’t have facial glands, possess only a single pair of teats, and have a gallbladder.  They also never have antlers, and all species possess a scent gland on their tail.

The common ancestor of musk and true deer, though, had prominent tusks. The modern muntjac species is unique in that it still has those fangs of the earliest Cervinae.

The other true deer that is known for its tusks is the Asian water deer, which was definitely introduced to Britain thanks to escapees from Woburn Abbey. But it is not closely related to the muntjac at all.

It is also not a musk deer, even though it has much more prominent tusks than the muntjac and never has antlers. Instead, it fits within Capreolinae, the subfamily of deer that includes roe deer, moose, reindeer/caribou, and all the New World deer but the wapiti. Its prominent tusks and lack of antlers are a also primitive trait in this lineage of deer.

That muntjac and water deer are both fanged shows that more primitive animals will resemble each other more the derived forms of their respective lineages.

These cnine teeth are celebrated in North America elk lore. Their “ivory” is taken as almost as much a trophy as the antlers, and indigenous people in Canada and the US used them as jewelry. They aren’t sharp daggers like those found on muntjac and water deer, though. They are just vestigial teeth that show that the ancestor of the great bugling bull were once little fanged creatures.

These upper canines also appear in white-tailed deer on occasion as an atavism.

Beyond these little fangs, North American deer lack these primitive traits, so I find fangs on these Asian species totally fascinating.

They are windows into the past, when deer were just little beasts of the undergrowth. 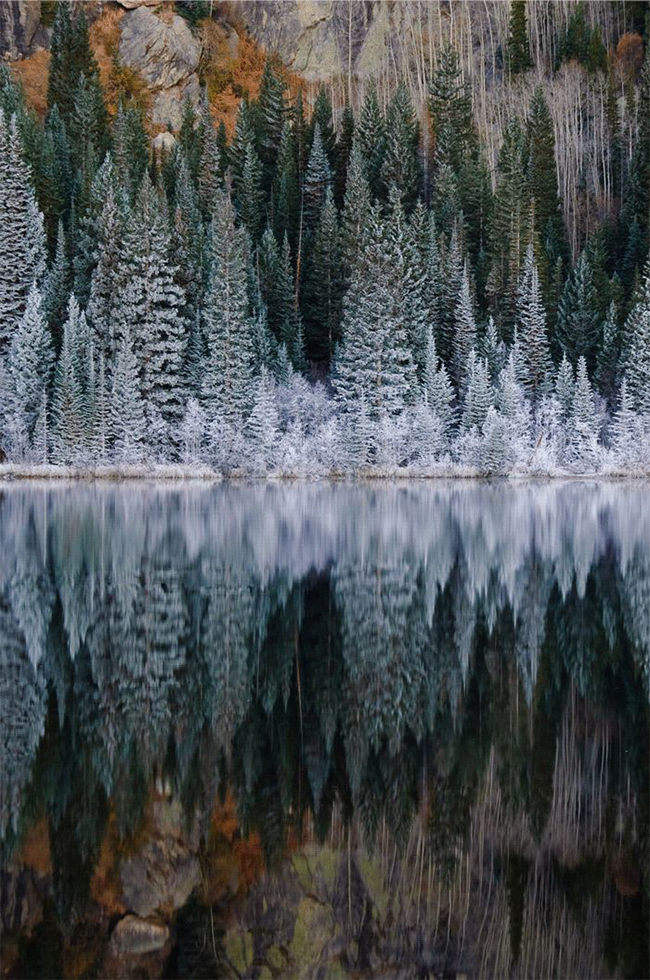 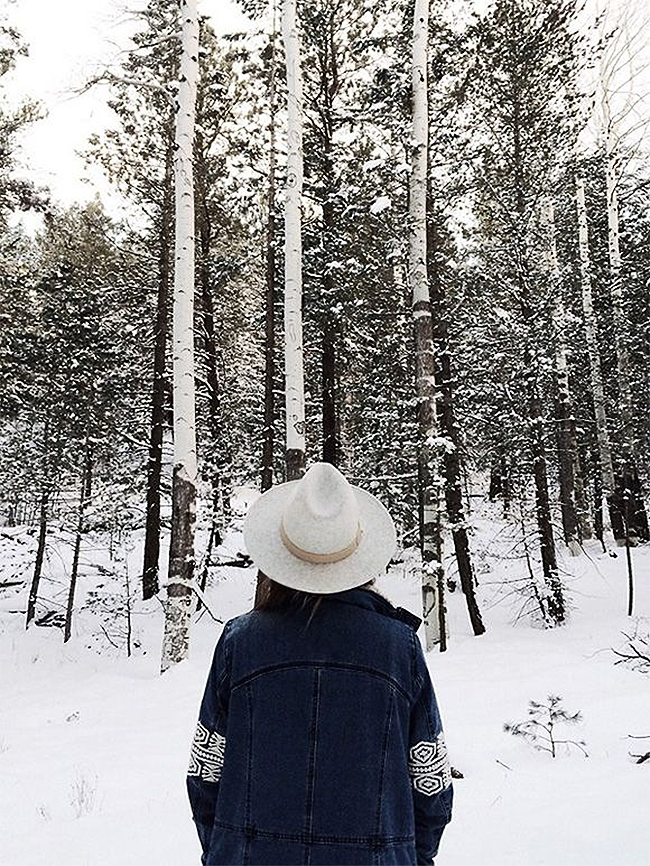 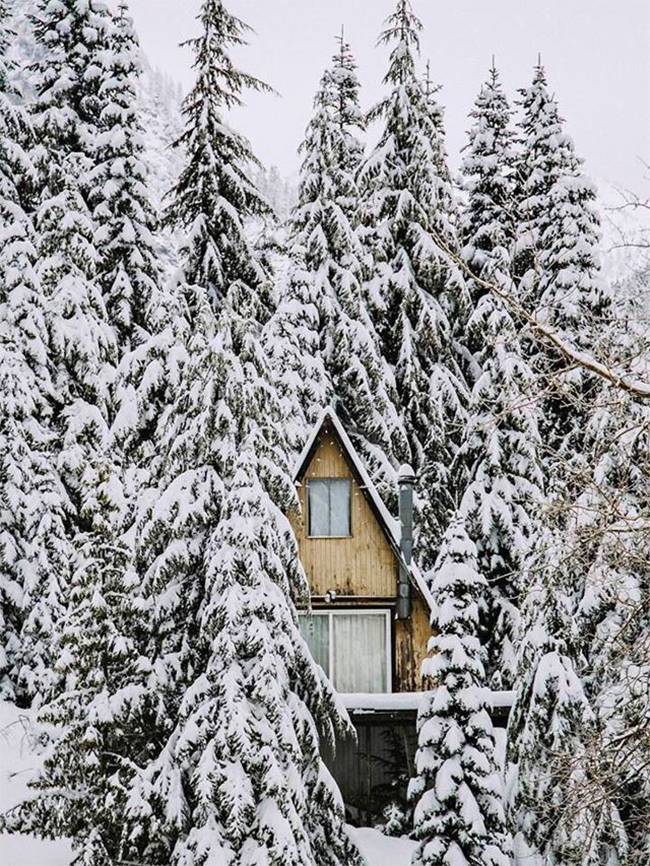 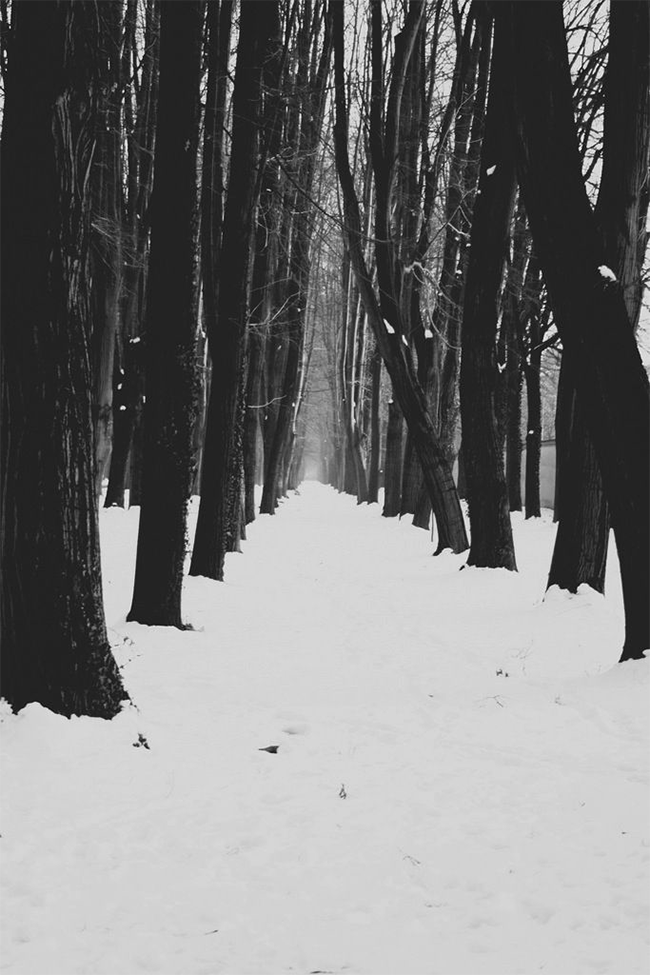 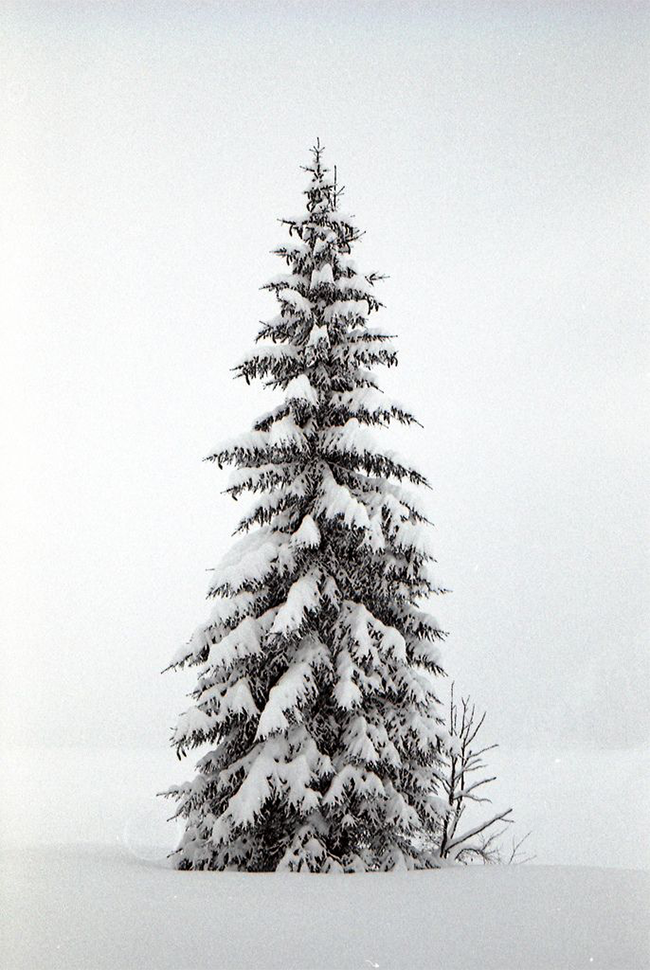 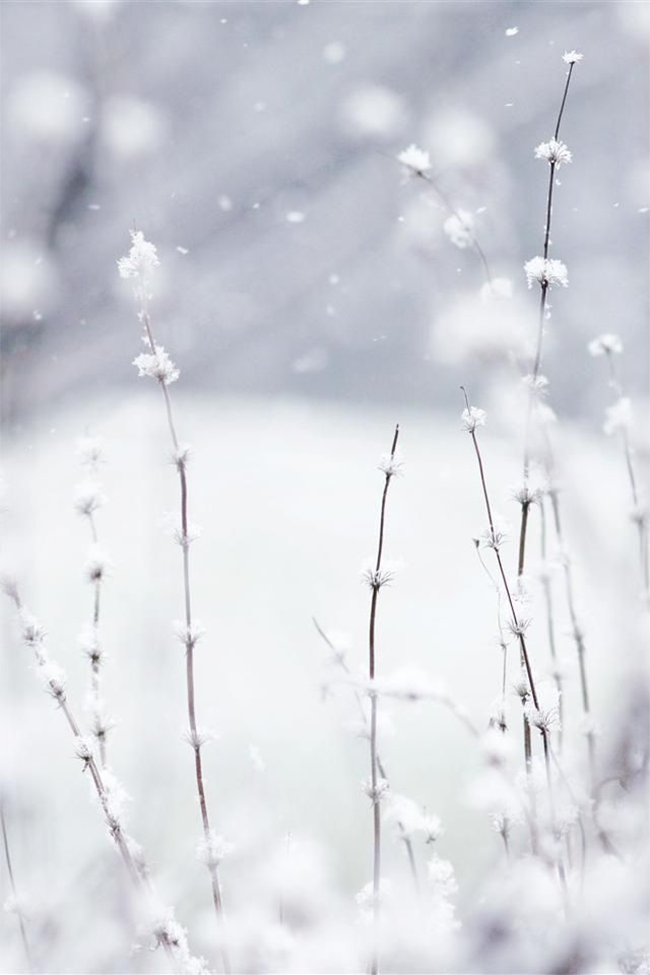 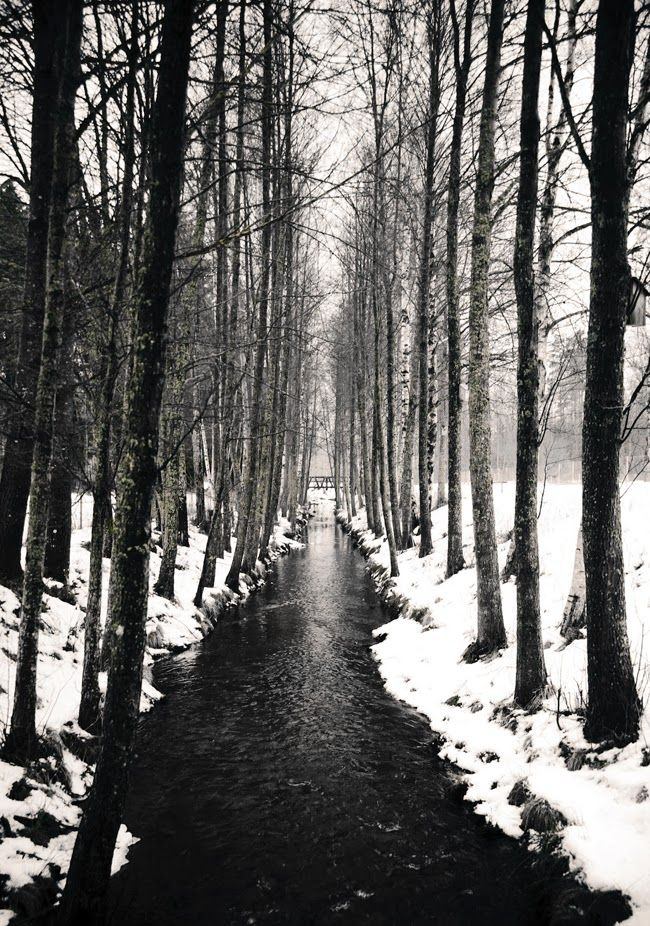 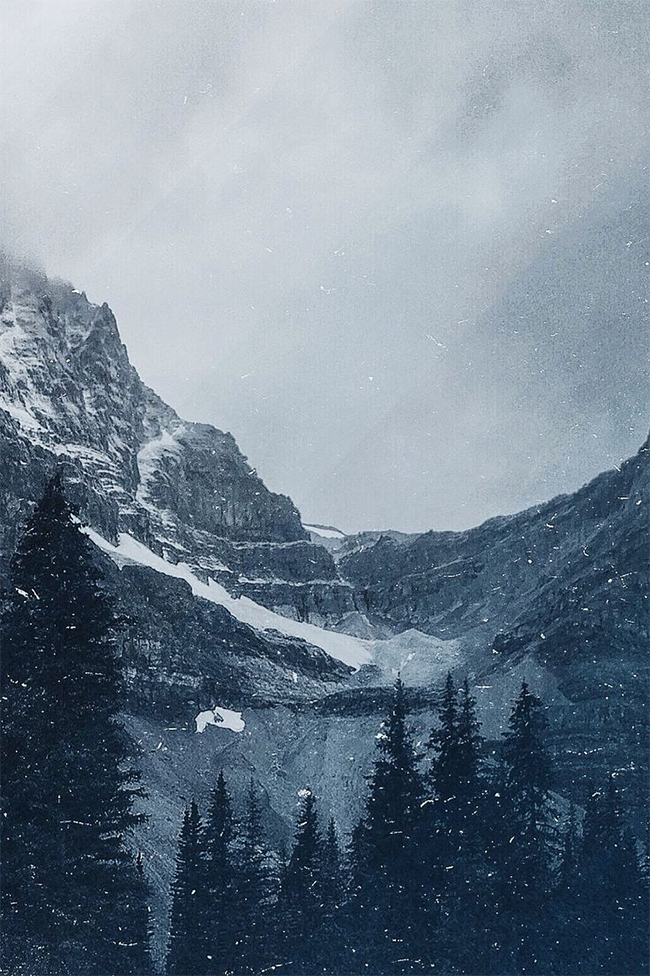 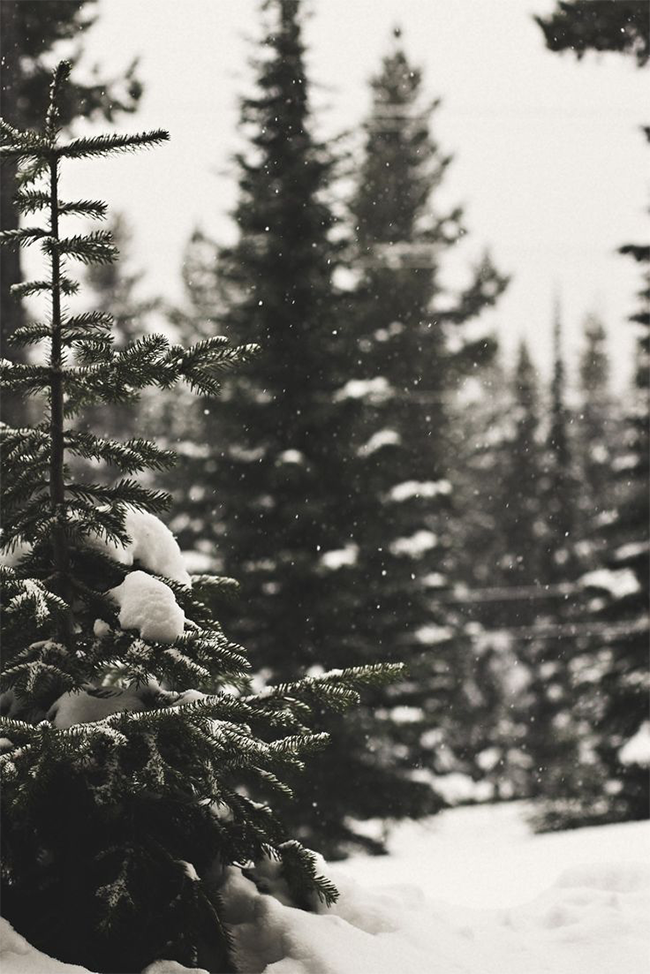 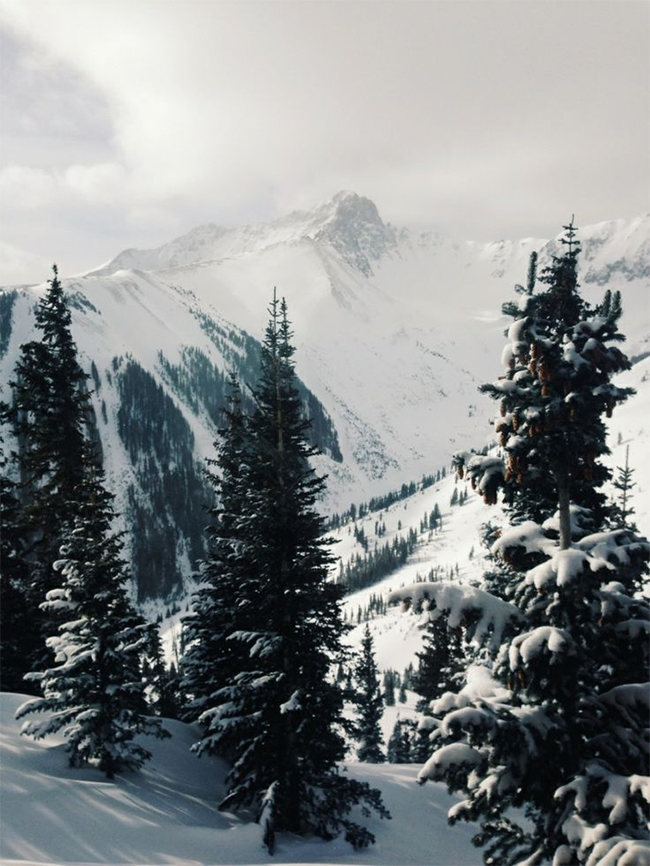 Well guys, since we’re officially 1 week + 1 day away from the first day of winter, I decided it was time for our annual-ish winter inspiration post. We all know (thanks to my exhaustively excessive complaining about it) that I’m not a fan of wintertime. I’m trying to stay positive though, as you may have read about in yesterday’s post. Self pity never works, after all. And to combat a looming negative attitude, each year at the beginning of the season, I seek out beautiful images to remind me that, despite it making me feel like I’m living in a freezing, dark cave for several months, winter really can be beautiful.

Whether you’re a winter lover or someone, well, more like me, I hope these images get you in a good mindset for the new season.

Today we’re excited to take part in Rover.com’s 12 Days of DIY campaign! The holidays are a time for family, inspiration, and creativity. If you’re anything like the Dog People at… Many people and pets in Puerto Rico are still recovering from the devastation Hurricane Maria caused almost two months ago. However, heroes of both the human and animal variety are showing their true colors in the aftermath. One little dog, named Agua, was named “a four-legged hero” by the U.S. Department of the Interior on Twitter.

According to KKTV, James Casey, an employee with the U.S. Fish and Wildlife Service was working in Puerto Rico on a mission for the Federal Emergency Management Agency. James was assessing the security of a closed hospital in Humaco with about 30 others when they spotted a small dog wearing a sweater.

“We were curious as to why a dog would be wearing a sweater alone in this area,” James told reporters. He added that their attention was also piqued because “the dog kept going up and down the hill.”

Intrigued, James and the others decided to follow the dog. At the bottom of the hill, they found a woman trapped under a scooter. She was Agua’s owner and had been attempting to reach the hospital. Due to the terrain, there was an accident and the scooter rolled on top of the woman. The woman was trapped and had prior medical issues that meant she desperately needed the team’s help.

James described where they found the woman as “abandoned” and “littered with debris.” He continued, “if it wasn’t for this little dog, it would have been likely she would not have been found and possibly perished.”

Because Agua not only caught the team’s attention, but led them to her owner, they were able to assist before it was too late. According to the Department of the Interior, the team radioed another official who was able to coordinate with hospital doctors so the team could immediately respond to the woman’s needs. Another member of the team was able to grab an ambulance to transport the woman to an emergency department. That evening, after the owner had been treated, Agua was able to be reunited with the woman she had saved.

James told reporters that the team was impressed by the dog’s devotion and quick actions. He said, “We all voted Agua the dog the hero of our mission.” Maybe soon Agua will have a cape to go with her sweater!