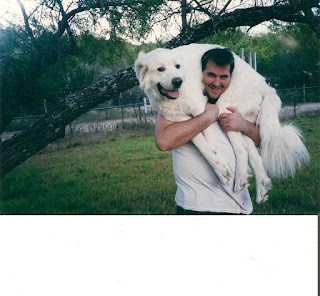 That’ll be carved into my tombstone.
I always found it to be a cosmic irony that I was the guy picked for this job if that’s even the right word for describing my life’s mission.  But trust me this was not the path that I chose for myself.
Today is the anniversary of when I lost Malcolm – he was a gift from an ex from some distant land some distant time ago.  I didn’t know a damn thing about dogs back then other than I didn’t want one.  I worked 12 hours a day times 7. I was the chairman of this, the director of that… the creator and entrepreneur and my life didn’t lend itself to distractions.
And that’s what a dog was to me. A distraction.
You see Malcolm & me was no easy thing.  He balked when I wanted him to obey and for six long months he and I were at war.  I didn’t know back then but I believe now he was fighting for my soul.
And isn’t that the lesson?  No spirit should be secondary.  Not to anyone or because of anything.
It’s been a decade since lung mets sent him into congestive heart failure and Malcolm died in my arms.  It was an inglorious death to a giant and only those who understand, understand.
damn dog. i miss you. damnit.
YBD’s Notes: What better way to celebrate Malcolm’s life than by damning him. I’m quite certain he would’ve done the same about me.  He was a beautiful boy.