My friend’s dog, Mr. B. (for Business), helping out with the laundry. I’m told he doesn’t even care if you shut the door on him, and they had to lure him out with a piece of ham just to get their clothes done. Until next time, Good day, and good dog!

If you were to travel the back roads along the wild border between Calhoun and Gilmer Counties and mention my name to some well-worn local, you would probably get “You mean that guy who kills all the turkeys?”

I am Scottie V. Westfall III.  Junior is my father. The elder has passed on.

I have never killed a turkey, though I’ve certainly seen the birds slinking along on gray November days, the sort of days when you hope against all hope that a white-horned stag might come slinking out of the thickets and into rifle range.   When the bipedal fantails come trudging out of the gray gloom, I’ve been sorely tempted, but I’ve held my fire.

Not in season. Let them be.

My grandpa killed 8 turkeys in one season. The limit is 2.

He saw them as the Holy Grail of wild game.  He made his own calls and spent hours scouting and “chumming” them.  “Chumming,” of course, meant the copious dropping the “yellow call” in the March woods,  and “yellow call” was cracked corn. Baiting turkeys was illegal as taking more than the yearly bag limit.

He and often argued over conservation issues, but he liked playing the scofflaw, a sort twentieth century version of the old European poacher who loved to flaunt the king’s edicts about the king’s game.

Turkey hunts in spring begin before the sun rises.  The birds start moving and then start courting once there is just enough light to see, and the big tom birds drop from their treetop roosts and go about the business of fighting and fanning before the often reluctant hens.

The trick is to hit the woods before the birds come down and begin the process of “talking turkey.”  The talk a man gives the tom bird is supposed to be that of a dopey but receptive hen that is looking for a male company but just can’t make her way toward him.

If a tom is “henned up” with plenty of female company, he’s not likely to leave them to look for the yelping idiot on a distant ridge. He’s going to be content to stay with his harem and fan and puff  up for them.

The best hunters have strategies for the birds, but the very best– the ones who shoot 8 birds in a season– use the yellow call. They risk the game warden’s fines, but if he really wants the bird, it’s a risk that some will take.

Before there was ever a turkey season, my grandpa set out a bunch of game-farmed Eastern wild turkeys in the back country. The dumb things were too tame to be sporting birds, so he took to harassing and harrying with sticks.

And they soon learned to fear man, and they thrived in the backwoods.  When their numbers were high enough, my grandpa opened his own season and shot a tom.  He was totally flaunting the North American model of wildlife conservation. He’d set out private birds on private land, and now he was opening his own private season.

I can’t say that I approve of such things. I’m more or less in love with public wildlife model that has served our game species so well. I don’t hate conservation laws, which are mostly based upon the most rigorous science available.

But a few days ago, I saw a few big toms out fanning in a pasture. The greenness of the new April grass painted a pastel promenade ground, and the bird’s iridescent feathers were shining in the April sun.

I saw in them the beauty that had so beguiled my grandfather. They drove him into the scofflaw world of sniping turkeys with a .243.  They were what led him the regular haunts in the March woods with buckets of yellow call.

“You gobble. You die,” said the vanity plate on my his Ford pickup.

And for the turkeys he took, it certainly meant death.

But in their gobbling, he truly lived. He was a wild beast of the woods as his ancestors were, hunting hard the wild game without any regard for such artificial abstractions as law and conservation science.  It is the way that our kind lived for much of our 200,000 year existence. It is a way that has brought down many species, including the passenger pigeons which used to fill the skies on warm spring days.

The pigeon died at the Cincinnati Zoo in 1914, more than 19 years before my grandfather was born. They died off as the wild turkey nearly did. We just couldn’t stop killing them.

The turkey was saved, though, and is doing well.  And the bag limits and seasons get more liberal every year.

I think of my grandpa when I see these birds on clear April days. I know that he would be out there questing for them, yearning for them, coaxing them, ready to harvest as a wild hunting man should.

And I can only come up short. I’m an ersatz hunter-gatherer, wet around the ears, domesticated by the post-industrial world.

Yet still seeking that essential wildness that lies in gray woods of my people.

When most of us go walking along the beach with our dog, we might come across some cool sea shells or beach glass. One man came across a stranded baby dolphin!

According to NTD.tv, the unnamed man was fishing and taking photos of his dog, Leia, along a beach in North Whales on the day in question. He was near the mouth of the River Dwyfor when, as he wrote on YouTube, “I heard my dog barking at me from further down the beach….clearly she had found something!”

When the man got closer he saw that she had found a stranded baby dolphin. The shore there was rocky and the waves were crashing hard. Normally if one finds a stranded dolphin on a beach, it’s recommended to call the local emergency services for help. “Unfortunately,” the man wrote, he “didn’t have a mobile signal” that day at the beach and “there was nobody around for miles” to help.

For the eighth year, The Greyhound Project celebrates April’s National Adopt-A-Greyhound Month with a national public relations campaign promoting greyhound adoption public service announcements. What can you do to help these magnificent dogs? Tell the world. Change your Facebook profile and/or cover photo to share it with friends. Share a video like the one above, […] 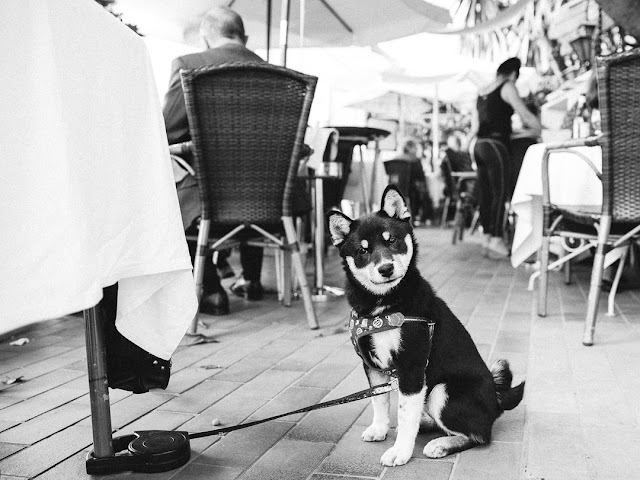 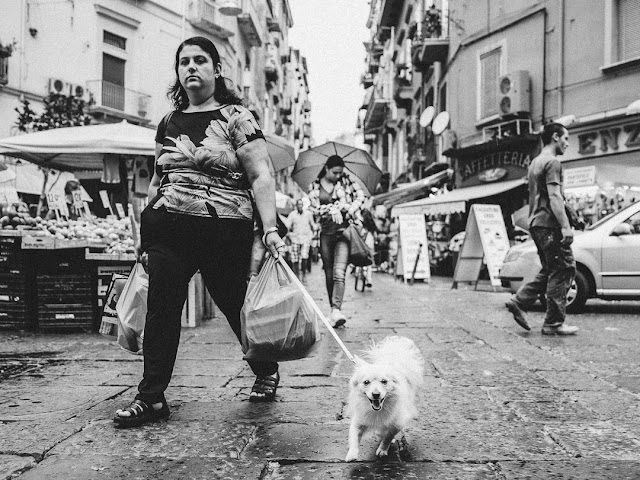 And they call it Puppy Love

Thank you! My dog flourishes at home with his adop…

Thank you! My dog flourishes at home with his adopted sis and my husband and I. But when strangers come in the house it's something else. Unless we're in a neutral setting, he is pacing, VERY reactive and just a totally different dog. You can't judge a dogs character by their first meet and greet in my opinion. Especially if it's their territory.
BAD RAP Blog