I hope this brought a smile to your weekend! Happy Friday! Until next time, Good day, and good dog!

In defense of purebred dogs

I have to say that much of what I wrote in the early days of this blog came from ignorance. I had never been exposed to serious hobbyist breeders of purebred dogs, and much of what I thought I knew came from reading some books and reading blogs.

Over the past year, I have developed really good friendships with several breeders, including a few I used to have rows with on social media.

I must say that much of what I used to believe is utter rubbish. If you see these blog posts and ask me about them, I will instantly apologize and laugh at my own stupidity.  I suppose that is what happens to all of us, especially if we are capable of being objective and are always striving to keep an open mind.

Recently, a Facebook page shared a graphic that compared purebred dog breeders to used car salesmen. In my past life, I would have shared such a graphic without hesitation, but now I know better.

This page encouraged people to adopt a dog from a shelter or rescue, especially if the dog happened to be crossbred.

Well, dog show people are breeding dogs, but they aren’t doing so haphazardly. No dog of any breed can do well as a show dog, even if it has stellar type and movement, if its temperament is terrible. I know breeders who place temperament above all when they make their breeding selections.

And although there are breeders of working strains, especially of the breeds I’m most familiar with (German shepherds and retrievers), who are thinking carefully about their dog breeding decisions,  these working strain dogs are often too much dog for the typical first time dog owner.

So my initial contention that people should always go for the working dog type was unbelievably stupid.

Now, ten years ago, I might have suggested rescuing a dog from the local shelter, but the shelters now don’t have that many dogs that would be great for novices.  The breed rescues and the shelters themselves have done a much better job finding homes for adoptable animals, and in 2017, it is estimated that only 780,000 dogs were euthanized in shelters. That same year, there were an estimated 89.7 million dogs in the entire country.

So the shelters now are filled with lots of dogs, usually pit bull type dogs, that might be great companions for the right owner. That right owner, though, is almost never a novice. Yeah, there are mild ones that easy as a typical Labrador, but there are also really hot ones that need careful management and skilled dog handling and training.

The reason these dogs are now so common in shelters is that virtually every other breed or type now either winds up in a breed rescue or is transported to another part of the country where the shelters can easily adopt them out.  Dog aggressive pit bull-type dogs are not among the desirables for these rescues.

So the pet overpopulation issue that tends to behind the nonsensical mantra of “adopt don’t shop” is now obsolete. You can buy whatever breed you want, guilt free.  A show bred GSD with health clearances and strong selection for a good temperament is not equivalent to a shelter bully breed mix.  The person who can handle the former might get lucky and be able to handle a mild specimen of the latter, but the same person will not be able to handle a particularly hot one.

A purebred dog from a serious hobbyist breeder offers you some consistency and knowledge that the breeding that produced your puppy came was one that was fully thought out. These dogs cost a lot of money, because it took a lot of money to prove these dogs worthy of breeding, through the shows, any working tests, and the health testing.

The people who shame those of us who buy purebred dogs because we’re killing shelter dogs are simply ignorant. They don’t know what is going on with shelters and dog populations right now. They know only what the world was like 20 years ago, when dogs were roaming the streets and mating all over the place. They don’t know that some people might want a dog that has more utility than being a pet, and they don’t know that breed actually does matter when it comes to proper dog management and husbandry.

So the purebred dog and its fanciers, though under attack by various lynch mobs, are ultimately the choice for better future for our species and theirs.

I don’t hate crossbreeds. I don’t hate mutts. I don’t even hate those who cross purebred dogs, and some of those breeders really do care about what they are producing. I don’t think dog people of any stripe should hate on other breeders, because dog breeders must stick together if we are to deal with the various lynch mobs and legislative fiats heading this way.

I only write these words in defense of the purebred dog and its fanciers and to offer encouragement for the public to support serious hobby breeders.

We just returned from another great trip to dog-friendly Port Aransas, Texas. Tiki and Barli just love spending a few days on the beach sprawled out in the shallow waves. We love the destination…

24 Facts About CBD and Hemp You May Not Know

This post is brought to you by Bio Hemp™ + Bites, the first CBD product to contain capsicum which activates the TRPV1 receptor, known to influence pain perception. One of the biggest booms…

Recipe: Mango Sorbet for You AND Your Dog!

Today we have a fun that you AND your dog can share…and one that’s perfect for the hot, hot weather that so many regions are tolerating right now. Our mango sorbet is a yummy dairy-free… 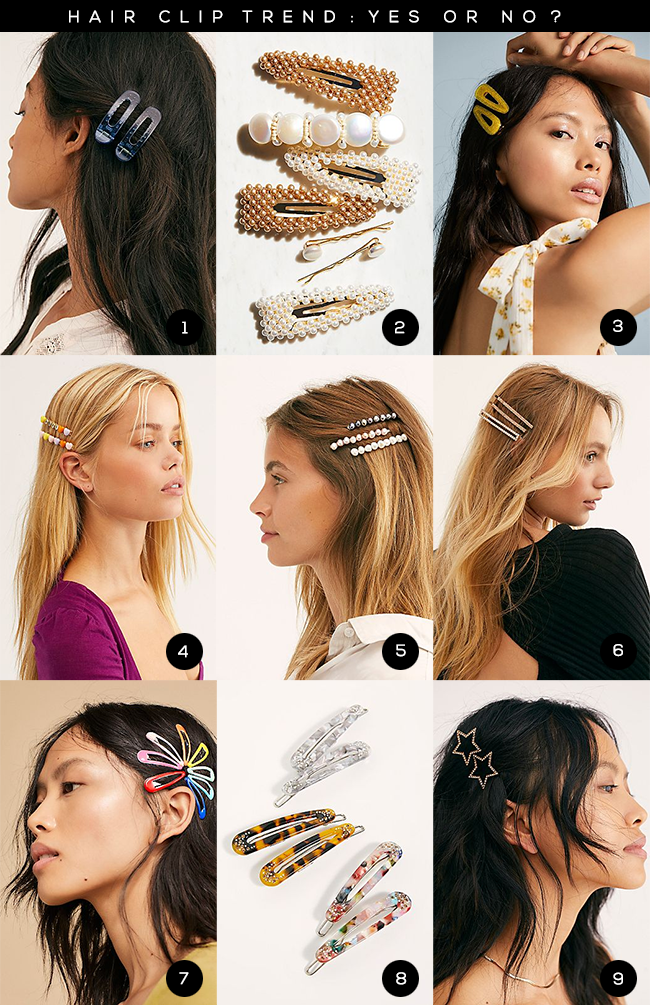 I genuinely never wear hair accessories, unless a stretched-out hair tie desperately holding a two day old bun that is slowly giving into gravity counts. But because trends interest me (even if I don’t follow them for the most part), and I’m kind of curious about all of the fancy clips/slides/barrettes everyone is wearing these days. I’m not sure they’re for me, but I do find them to be quite pretty when done right. During one of my 3 AM I-can’t-sleep-so-I’ll-just-make-it-worse-by-picking-up-my-phone rabbit holes, I searched out these clips and came upon a whole bunch that I did not hate. And then I felt compelled to share them here and see what your thoughts are on them.

So tell me, are you into the clip trend (or the scrunchie trend that doesn’t seem to be going anywhere, or just hair accessories in general)? Or are you more of a let your locks be free type of person? Any of the clips above strike your fancy? Should I get any of them? Am I asking too many questions on a platform (blogs, duh) that people don’t comment on anymore?

Which Shelter Pet Should PawZaar Sponsor Next?

We need your help! It’s time to sponsor a new shelter dog or cat because Ryder, whose kennel was being sponsored by PawZaar, has been adopted!! We’re so excited for this little fellow who…

Arctic fox walks more than 2,000 miles across the sea ice from Svalbard to Ellesmere Island

The Guardian reports that an arctic fox has been documented walking 2,000 miles across the sea ice from Spitsbergen in the Svalbard Archipelago to Canada’s Ellesmere Island.

The vixen, a blue phase arctic fox, was collared with a tracking device on Spitsbergen. The Norwegian Polar Institute then followed her travels for the next 76 days. She wandered across the sea ice to Greenland, probably scavenging polar bear kills and catching sea birds. She then wandered across northern Greenland, eventually the sea ice again to settled on Ellesmere.

She traveled an average of 46.3 km per day, which is a little less than 29 miles day. On one day, she traveled  155 km or 96 miles across the ice sheet in Greenland.

Arctic foxes are significantly smaller than red foxes, which kill them where their ranges overlap.  The two species have hybridized in captivity, but the offspring are sterile. Arctic foxes are most closely related to the kit and swift foxes of North America, and they probably could produce fertile hybrids with them if they were ever given the opportunity.

Arctic foxes are not extremely dependent upon sea ice for survival, but the sea ice is useful for augmenting their diets in the winter, when they can follow polar bears.

Because it is unlikely that this fox’s journey is but a fluke, sea ice has been essential in retaining gene flow in the species across northern Eurasia and North America. More research must be performed on the genetics of this species, but it would surprise me if there wasn’t at least some gene flow across the arctic.

Arctic foxes are about the size of a toy dog, averaging 6-7 pounds in weight, but they are so well-adapted to long-distance travel that they can make such amazing journeys.

In our age of digital everything, parents are often desperate for ideas for activities that will tear their kids’ attention away from their electronics. One great option may be as close as the…