We have our sit, stays down.

Dare is now 11 months old. When the plague ends, we will go to some shows. 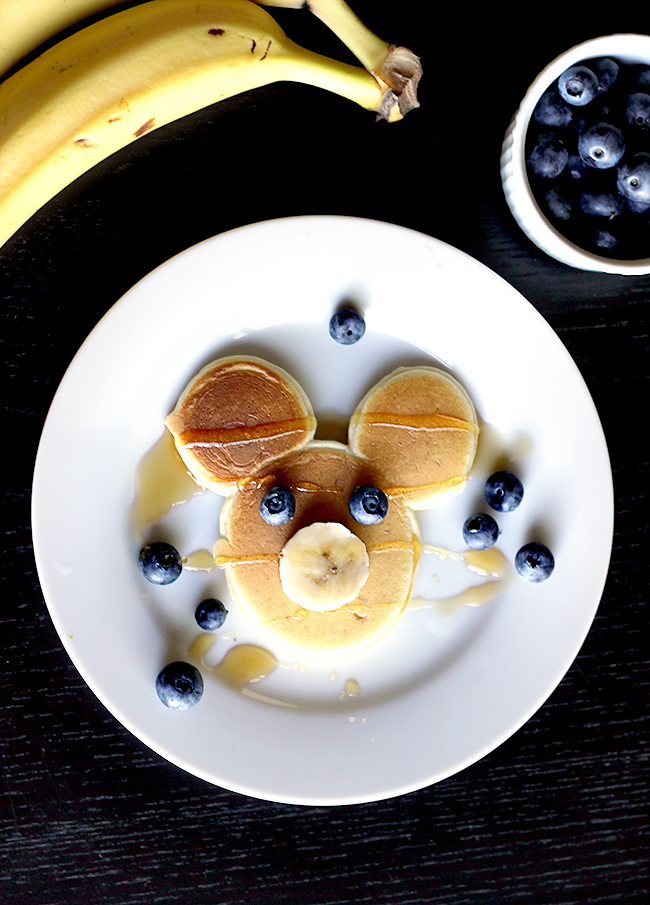 We had big dreams to make our first every trip to Disney World this summer. And while I suppose it’s still possible, I’m definitely not holding my breath. (The fact that it’s currently completely shut down combined with things like, you know, money slowly dwindling down to nothing, make it seem like an unrealistic reality at this point. But we’ll keep dreaming!) Regardless of what ends up happening, we’re doing what we can to bring a little something special into our lives when we’re able during these strange times. And that includes Mickey Mouse themed pancakes for our babes.

Now, we are not above making things from a box in this house. In fact, that is how we make pancakes 99% of the time. But since we have a little extra time these days for food preparation, we’ve been going for the from-scratch route with things we normally wouldn’t. Our kids have also been eating a lot more crap food than normal lately, so it makes me feel a little less parent guilt when breakfast is at least semi-healthy. We’ve been loving these special pancakes, and we hope you will as well! 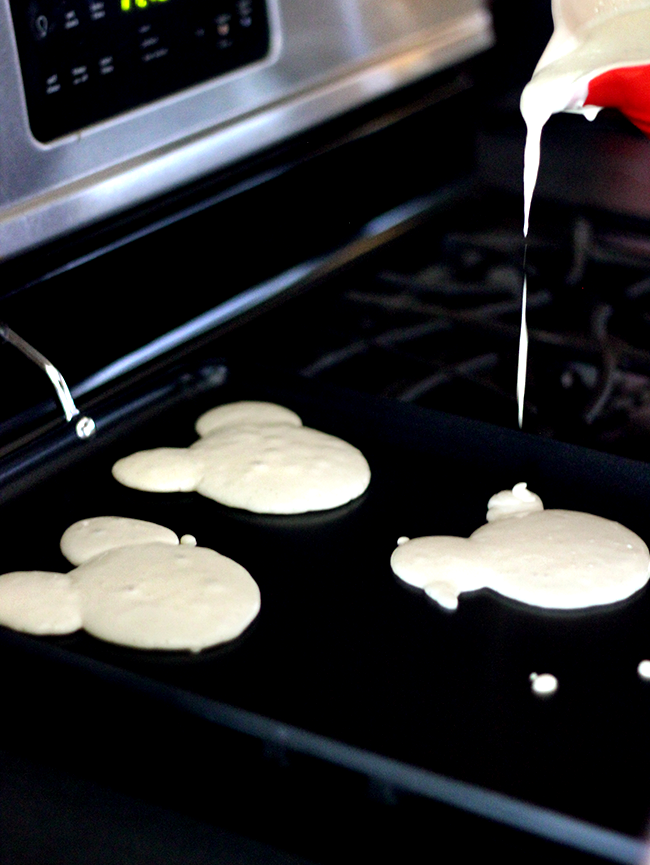 Combine flour, baking powder, and salt in a large bowl. In a separate bowl, use a whisk to combine milk, vanilla extract, and eggs. Pour into dry ingredients and stir well. Once combined, add the Greek yogurt. Heat a griddle or large pan to medium heat and melt enough coconut oil to adequately cover the surface in order to prevent sticking. For each pancake, use either a mixing bowl with a spout, a pitcher, or a ladle to pour batter, first to create the face, then to create two ears that will be attached to the face (at 10 and 2, if you’re looking at the face like a clock). Make sure when you pour the ears that they just barely touch at the edges between the ears and the face to allow room for the pancake to expand. Flip once the underside is golden brown. Repeat until you’ve used up all of your batter, and remove from griddle or pan when each cake is golden on both sides.

Then comes the fun part – decorating. We use blueberries for the eyes and sliced bananas for the nose. Any fruit you have on hand works. Drizzle with maple syrup or honey. 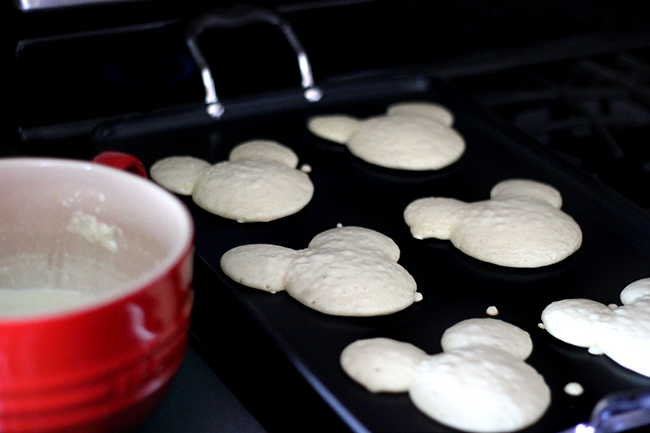 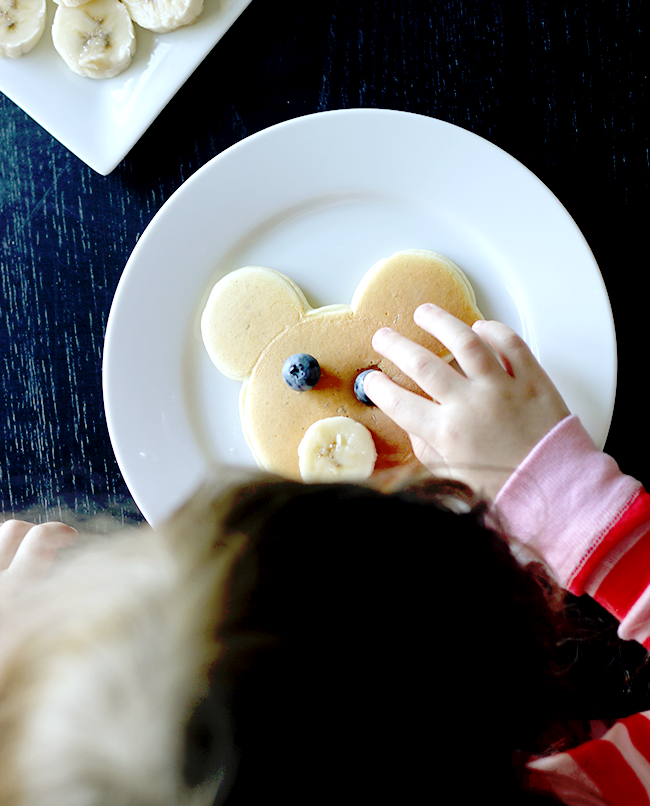 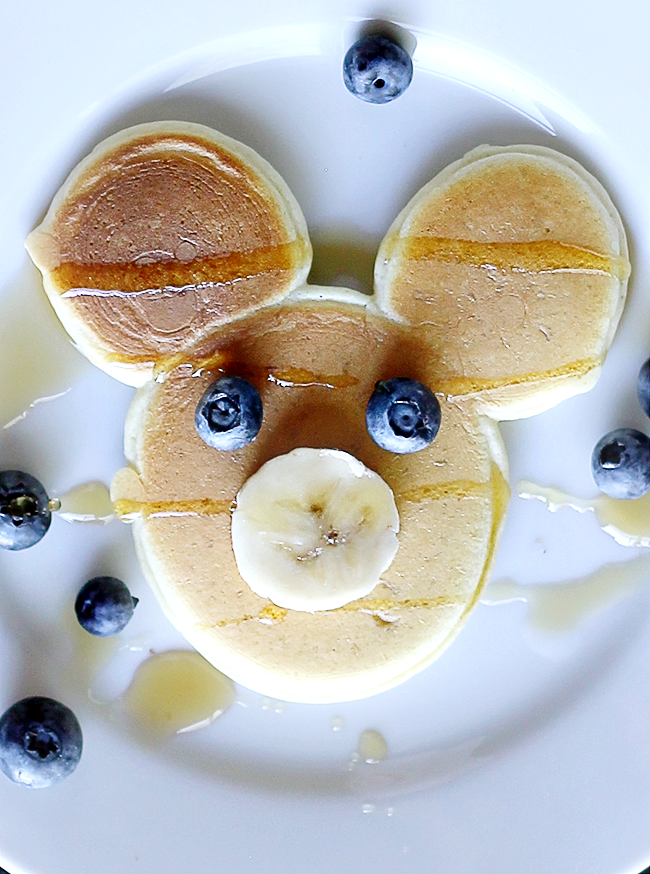 If you have any other fun Mickey Mouse pancake recipes, I’d love to see them!

In the Time of the Plague

One of my favorite movies is Jaws. The movie centers around a Northeastern island town that relies heavily upon the tourism industry.  A larger than normal great white shark starts attacking people off its beaches, and the initial response of the mayor and town government is to ignore it or blame the attacks on a boating accident.

Of course, such sharks that become habitual human hunters really don’t exist in nature. Usually the shark that eats someone moves on and may never encounter a person again. They are simply predators making a go of it in a sea in which prey avails itself at irregular intervals.

However, the story of Jaws was cribbed from a Henrik Ibsen play called An Enemy of the People.  That play tells the story of a resort town that relies upon natural mineral spas for its tourism town. A doctor discovers the mineral water is contaminated by bacteria, but the leaders of the town and the local newspaper do all they can to prevent the story from being known. The town does not want this story being known, because it will cost them their tourism industry.

I have thought a lot about leaders who sacrifice people for economics. I’ve seen it with my own eyes as this COVID-19 disaster unfolds in the United States.  You may accuse me of letting my political biases from coming to the fore, and I suppose you are right.

I have tried to avoid political discussions in this era of depressing developments– at least on this space. But this time, I have decided to let some of my reticence slip.

The era in which I have come of age is the age of the precariat. The precariat is that sector of society which does not have much and is always on the edge of potential disaster.

Healthcare prices continue to soar, and suddenly, we are thrown into a situation where a contagious virus spreads through the population and the only way to combat is to force the bulk of the population to stay home.  Staying home means no paychecks and massive layoffs. Health insurance that is tied to employment is lost.

And the virus continues to spread. People die and will continue to die.  We are left precarious. The future is uncertain.

No one has any idea how to fix anything. The ruling ideas of the past 40 years don’t make any sense. Indeed, they have no solution at all.

Americans have this idea of invincibility.  We have insulated ourselves from the greatest risks of our many wars. Only the relatively few combat soldiers know any real risk from battle death or injury.

We have lots of great technology, and we believe that our economy is the best in the world. We think of ourselves as durable against it all.

But we are being felled by a mere micro-organism. It is even more mindless than a shark. It merely replicates within our cells and passes on to the next victim.

All of that advancement, all of that intellect and culture, all laid bare by the most random of things.

Wildlife  always live with the specter of epidemics. Canine distemper will flow through gray fox population. In 2016, canine distemper wreaked havoc among the Yellowstone wolves, and I can remember years when epizootic hemorrhagic disease knocked out the white-tail population.

But humans live with the fiction that we are not part of nature. We have vaccines and antibiotics. We have sanitation.  We don’t suffer the plagues like we used to.

But this time, a plague has come upon us. It should knock us off our pedestal a bit. As much as we like to think that we are not part of nature, sometimes nature comes for us. It comes to us with no malice, no concept of revenge. It comes for us the way that it comes for that adorable gray fox kit when distemper hits it.

Our intellect should call us to question the ruling ideas. Already, that questioning is going on. But that questioning must not just be centered in the concept of how our economic and healthcare systems have left us so exposed.

The truth is we are always exposed.  We are always at risk. We are ultimately mortal. We are not terrestrial gods.

We are the smartest animal. But we are still animals. The processes of nature still come for us. Though we can deflect and insulate against these forces, sometimes, we just can’t stop it.

So it has come. It is the Time of the Plague. And we must think and consider as we fall into such humility.

We should accept this humility for now.  We must reconsider and retool– for that is what the future ultimately holds.

I work from home, so my dogs haven’t noticed a big difference, but I know for some of you, staying inside has been a BIG change. How is your dog handling it? I read that if you remember you’re not “stuck” at home, but rather “safe” at home, it can help with the positive attitude. … END_OF_DOCUMENT_TOKEN_TO_BE_REPLACED

I’m taking a minute of editorial privilege during this extraordinary time to encourage you to help others where you can. Here’s what’s in front of my house right now. I’m not doing it for compliments. I’m doing it because there are people in my community in need, and it makes me feel better to do … END_OF_DOCUMENT_TOKEN_TO_BE_REPLACED

Perhaps I should have posted this earlier, so the checkpoints I am posting daily would make more sense. As you can see, the mushers are following the northern route this year (they alternate between northern and southern), and the top mushers have reached the shores of the Bering Sea at Unalakleet. Until next time, Good … END_OF_DOCUMENT_TOKEN_TO_BE_REPLACED

Are you a sports fans who has just recruited a barking player for your “home team”? If you are thinking about giving your dog a sports-inspired name, then we’re here to…

This giveaway is sponsored by and fulfilled by Blue Zoca. For the past several years, we have worried about pet stains on our bed…so much so that we’ve had to cover the bed with a…